CM Punk made a triumphant return to pro wrestling on AEW Rampage on Friday in Chicago. Backstage reactions in WWE have been mixed, as some have been “dismissive” of his AEW debut, while others felt WWE should have reached out to him and repaired their relationship with him.

PWInsider’s Mike Johnson has reported that most in WWE expected CM Punk to debut on AEW this past week.

“For those asking the reaction within WWE to this, obviously they knew it was coming. We have heard from some who were dismissive of the debut (although they hadn’t seen the electric scene of his return) and some who felt WWE had completely missed out by not having that moment for themselves to help repair the bridge with Punk.”

CM Punk’s debut was such a success that many fans left halfway through the show to the merchandise counters to buy the one-off t-shirt that AEW was selling of CM Punk at the United Center in Chicago, while there were huge queues to get to the counter after the show as well.

On his AEW debut at Rampage, CM Punk confirmed that he will be on next week’s AEW Dynamite, which will be held on August 25, 2021 at the UW-Milwaukee Panther Arena in Milwaukee, Wisconsin.

Punk also challenged AEW star Darby Allin for a match on AEW’s next pay-per-view, All Out, which will be held on September 5. Allin accepted the new AEW star’s challenge after Rampage went off the air.

The match at All Out will be CM Punk’s first match in pro wrestling since January 2014, when he was a part of the men’s Royal Rumble match. 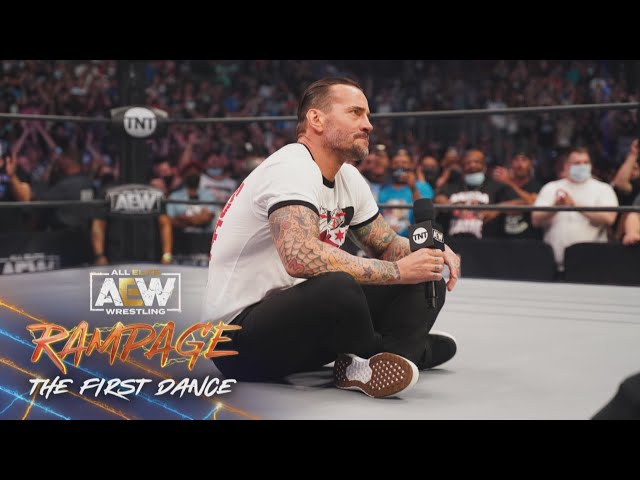